The Basics of Solar Inverters

Solar inverters are one of the primary Solar PV system components, serving as the system’s cognitive center. Solar inverters convert DC electricity created by the PV cells to AC electricity used in the home or commercial building. In fact, solar inverters can even divert excess energy created by the PV panels, redirecting it to the battery energy system for storage or transmit it to the electric company for credit. The electric company’s grid-tied system inverters automatically power down when there is a power outage to ensure the safety of the system and also that of the lineman attempting to repair the grid. However, it is important to note most grid-tied inverters do not provide backup power when there is an outage. 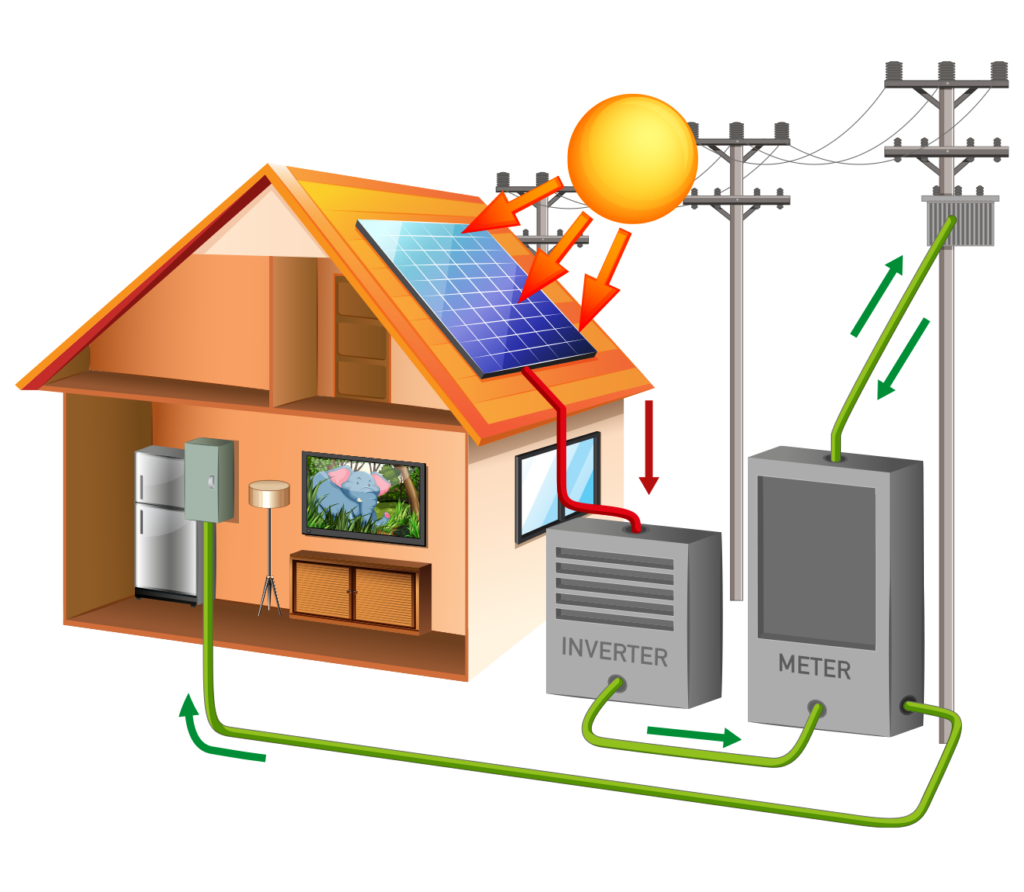 The type of inverter necessary for your specific property hinges on your unique budget and energy needs. Our team is here to design the system that is optimal for your property.

This type of inverter is meant for use at
sizable commercial arrays. Central
inverters work similar to those of the
string variety.

Typically used in comparably
diminutive solar PVs in which each individual solar PV panel is wired to strings, this variety of inverter is usually installed along the exterior of the home or commercial facility. The DC electricity produced by the  panel transmits power to a single inverter.

Micro-inverters are used in comparably complex systems. Instead of transmitting the entirety of the DC electricity to one inverter, the PV panels each have their own inverter, converting the DC electricity into AC atop the roof. This variety of inverter also allows for the monitoring and tracking of each individual solar panel’s performance to guarantee the system is functioning without flaw.

Have Questions? We are Here to Help You!